Panda Condos is a new condo development by Lifetime Developments currently in preconstruction at 20 Edward Street, Toronto. Panda Condos has a total of 629 units.

20 Edward St Condos also known as Panda condos is a new condominium development coming up soon near the Dundas and Yonge street. The project is a 35 storey building located in downtown Toronto. On completion, the project will add 629 dwelling units in downtown Toronto. This is a residential development being developed by lifetime developments on a proposed site that was previously occupied and used by the World’s biggest Book store that opened its doors in 1980. The building was demolished on the 30th of March 2014 to pave way for this magnificent Panda Condos.

Panda condo was designed by architects Alliance and the proposal consists of a 1–storey mezzanine and a 3-storey commercial base. On completion, the condos will avail 317 1-bedroom units, 219 2-bedroom units and 93 3-bedroom units. The building will also have office spaces located on the 3rd floor. It will also have a parking space capable of accommodate 242 vehicles and 610 bicycles. The condos will be accessed from Edward Street as well as the lane located on the northern side of the building. 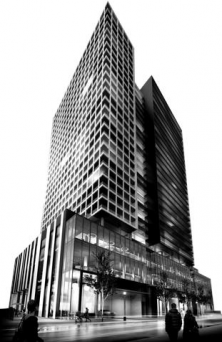 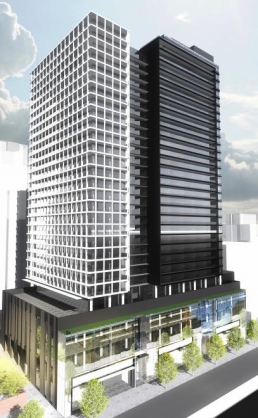 Get Your Free access to the best Floor plans, pricing, and incentives

**Subject to Terms & Conditions – We do not represent the builder